For ease of use I'm hosting the Rafflecopter entry forms here :)

a Rafflecopter giveaway
Posted by Unknown at 15:04 0 comments

Okay, it has to be said, most times I read/hear Mistle-Toad, I think of the Toad in X-Men. Please tell me someone else thinks of him too?? Lucky for us Different Dimension Mistle-Toad is way more beautiful - in fact there's no comparison in looks! I've been wanting this and a few others from the Happy Holly Days collection by Different Dimension for a little while. This fell into my basket along with Wingdust Gilt-y Pleasure when shopping at Rainbow Connection. 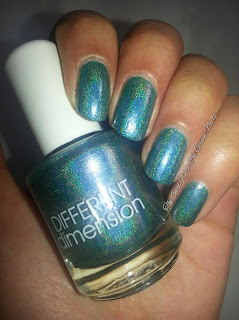 One of the things I think of when I think of Christmas is snowflakes. I can't even think of the last time it snowed on Christmas Day, yet it still comes to mind. I've been wanting to do snowflakes on a dark background for ages. Then recently I was ordering a little present from Rainbow Connection for a friend, and Different Dimension Mistle-Toad fell into my basket, along with Wingdust Gilty-Pleasure. So you see how this is mani came together :) Now how appropriate is the name Gilt-y Pleasure when you're buying even more polish?! 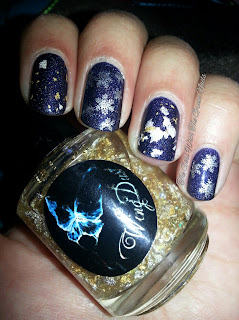 In winter it's taken for granted that there will be spice. I don't mean people eat more curries, though they might, but rather that restaurants and cafes will offer something a little different to the usual fare. Mulled wine, eggnog latte, spiced cocoa etc. I've recently discovered a delightful spiced apple drink at one of the chain coffee stores - yum! There's something warming and relaxing about the spices in a hot drink. So in today's festive edit I have a warm, relaxing manicure to share. 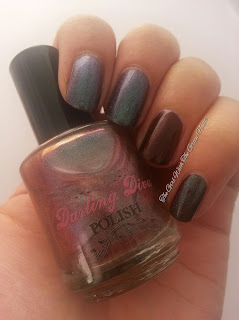 It's December! This year has been flying by, and although I've started December with being unwell for over a week, I am looking forward to Christmas and spending time with family and friends. A great friend of mine Lydia suggested a Christmas theme on the blog, and although it hasn't started as planned because I've been unwell, it's better late than never! If you're not a polish addict hopefully this will provide inspiration for gifts.

What better way to start than with green nails?! I met up with the lovely Esther from Fab Fingertips recently, and after a lovely lunch, we went for a bit of a wander in the West End. I have to say we were both pretty restrained with our purchases, you may have seen mine on Instagram. We strolled into Fenwick and I bought a polish from a new-to-me brand called Eve Snow London, and although the name sounded familiar, I haven't previously tried anything from them. This can be a worry because the last thing you want is to love a colour in the bottle, only to find that even with 4 coats it's sheer - this has happened to me in the past and it made me pretty sad. I took the plunge though, and picked it up. 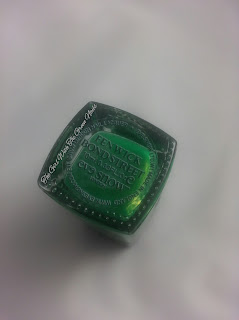 The colour is Fenwick Bond Street, and as you may have guessed, it's a shade exclusive to Fenwick. It's a green, almost grass green, with a gold shimmer throughout. 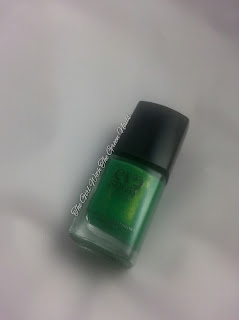 In thinking about this colour, I thought of a Christmas tree with a gold star on top - and now I've got that great warm fuzzy feeling I've had since I was a kid about Christmas :) 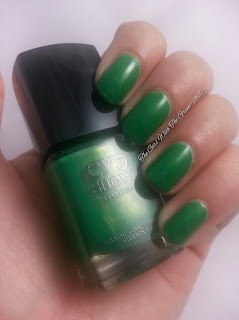 This isn't cheap polish at £14 per bottle, however, it is worth it. I used two coats, although even at one I had decent coverage. The relief on discovering this was immense! The shimmer is visible on the nail, though it's not as apparent as it is in the bottle. I somehow dented the tip of my index finger :( 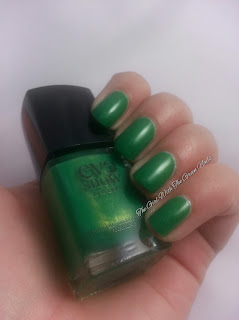 The verdict: Great colour and formula. If you're buying as a gift, this is a great colour, and one that would really set off a black dress. I'll be looking to get a few more colours at some point; the ones calling out to me are Midnight Hour and Wanderlust.

Eve Snow London polishes are available to buy direct from their site or from Fenwick and retail at £14. They are free from formaldehyde and DBP. They contain Ginkgo Biloba, Vitamin E and Argan Oil to nourish iInformation taken from Eve Snow London website).

Have you tried any Eve Snow London polishes? What do you think of the colour?
x

So the weather is turning, or has turned depending on where you live. All I know is that's is freezing, and I'm already looking forward to next summer! Today I have the perfect colour for this kind of mood, and that is Essie Vested Interest. Actually, this mani started because I wanted to try out these funky triangle rhinestones I bought from She Sells Sea Shells, an online shop run by my friend Sarah from Swishie Nails. 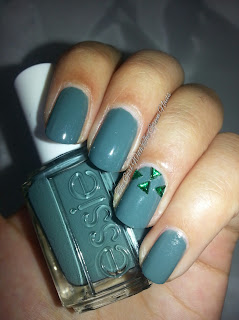 Today I have an exclusive for Rainbow Connection to share with you. Siren's Song is made by Polished by KPT. I nabbed this in the pre-order along with Nightcrawler and La Catrina. This is a real beauty I have to say, and the colours are just perfect in my opinion :) 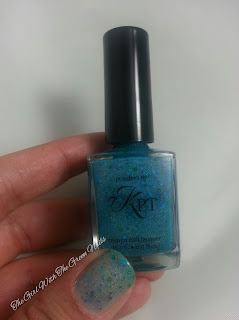